Sometimes a book changes how you think about a topic, but sometimes it has an even more profound effect and changes your whole viewpoint on how we talk about the world. Factfulness: Ten Reasons We’re Wrong About the World–and Why Things Are Better Than You Think by Hans Rosling had a profound effect about how I think about the world’s population and the role of innovation. 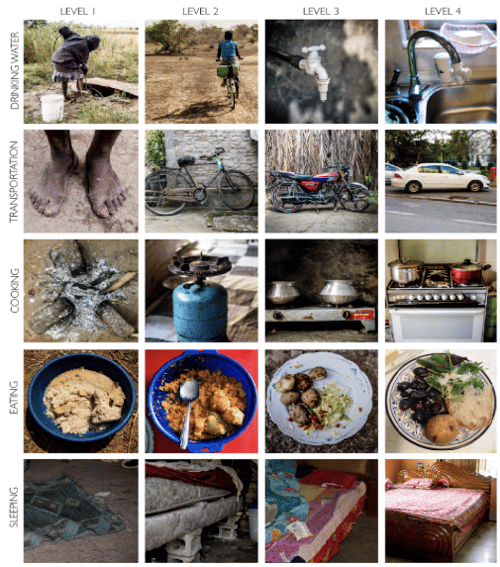 Rosling argues that we can’t keep talking about the “developing” and “developed” world – that the world is not only divided into rich and poor. He offers a new framework, proposing four income groups, with the largest number of people living on level 2. He divides them based on income, but also based on where people would sleep (on a dirt floor or a mattress), their main transportation (can’t afford a bicycle or owns at least one car), children’s education possibilities, how they cook their dinner (over an open flame or a gas stove), and more.

Bill Gates wrote a review of Factfulness and I agree with him – I’m going to move away from saying ‘developing’ and ‘developed’ world, and look harder to understand the gap that is missed in that simplistic division. “It’s hard to pick up on progress if you divide the world into rich countries and poor countries,” writes Gates. “When those are the only two options, you’re more likely to think anyone who doesn’t have a certain quality of life is ‘poor.’”

Factfulness calls this the Gap Instinct. And I’m seeing how it applies to the work we do at Arbutus Medical in healthcare, medical device design and frugal innovation.

While building Arbutus Medical, we have spent a lot of time in operating rooms around the world, and there is clearly significant growth in the healthcare systems of level 2 and 3 income countries when it comes to provision of surgical care. There is still a long way to go, but we see more of a spectrum of ‘ability to pay’ than a polarization of rich and poor – right in line with Hans’ income levels for individuals. 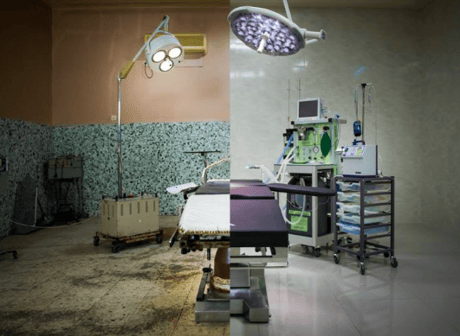 Pretty soon, there will be tens or hundreds of thousands of operating rooms in lower income countries, each with different levels of resources, but largely practicing the same way. The majority will fall somewhere in between rich and poor, and the medical device industry needs to design for this majority. Our orthopedic drills are an example of this kind of innovation.

Finding ways to make effective health care more affordable is even more important now as we cope with COVID-19. The worldwide pandemic has highlighted how critical it is that every country has market access to safe, affordable medical devices and personal protective equipment.

Frugal innovation is well suited to meet these needs. It’s time that medical companies embrace design for the majority and help every hospital across the spectrum of resources manage cost and improve access to affordable care.